Yellow Point Lodge was founded in the mid 1930’s by M.G. Hill. He was born in Burnaby, B.C. near Vancouver in 1893 into a family where hospitality was very important. He volunteered for the First World War and was taken prisoner early on. During this period he was exposed to the worst possible hospitality and had plenty of time to imagine what dream he would pursue upon his release.

He had visited Yellow Point in its wild state with his Uncle Claude as a child, and imagined a big, country house party where everyone was welcome to rest, relax and nobody went hungry.

He worked for years after his return to Canada at a wide variety of ‘hands on’ ventures. Always independent and hard working, he was a hand logger, a ‘gypo’ contractor, a rum-runner, and a blaster, usually self employed. He built temporary dams to assist in the construction of the big, new hydro-electric generating dams of the day. The contract that got him the money for the down payment on the lodge property was leading his team of Norwegian men backpacking the hardware up mountains that would be used in the construction of the huge transmission lines to take the electricity from the new dams to the waiting cities.

He started the lodge with seven tiny cabins and a small cookhouse and dining room on the north end of the property. Not only is the cookhouse still there, but the original cabins were floated around to the location of the ‘new’ lodge built in 1939 and are still in use today.

The original main lodge building was opened in 1939. It was a 12,000 square foot log cabin with nine guest rooms, the kitchen and dining room and a big living room or ‘common area’. It ran pretty much the same way it does today with everything included in a casual, relaxed atmosphere.

The lodge was known as quite a wild getaway through the 40’s, 50’s and 60’s and attracts a number of the same guests today. Although the tone has mellowed considerably, democracy still rules. So if the majority of people are up for it, the carpet rolls up and we give the famous coil sprung dance floor a workout.

The original lodge caught fire before dawn in October, 1985. While the 17 guests were being safely evacuated, Mr. Hill’s son, Richard found his 92 year old father on the roof, readying his hose to fight the fire. When told it was burning in the basement, he quickly joined the evacuation. Gerry Hill was well known for his longevity and spirit.

Attempts were made to extinguish the blaze, but it had been burning on the lowest floor for quite some time and had involved the entire building before the volunteer fire department arrived. Once it was clear that there was no hope of saving the structure Mr. Hill was overheard saying to the group that had gathered on the pool patio that they “Might as well stop crying and watch the bonfire, it’s the best one you’ll probably ever see!”

In a private moment, while the blaze still roared, he asked his 25 year old son, “Well, what do you want to do?” They agreed that since the Hill family really didn’t know how to do much else other than run a lodge, they “might as well build another one.”

The cause of the fire was never determined, having started down in the basement where all the probable causes were. However, judging by the amount of propane leaving the tank when Richard went to shut off the valve during the fire, the old water heater is the most likely suspect.

With the help of family, an excellent crew of existing staff and builders and the Friends of Yellow Point Society, the new lodge rose from the ashes and was up and running by the fall of 1986. Loyal guests were in residence during the construction as a temporary dining room was set up in a big tent and the sitting room of the new lodge was the first thing completed. Most regular guests never missed a summer.

It has been “business as usual” ever since. 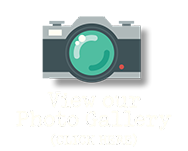 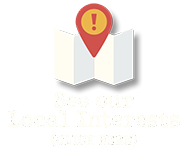 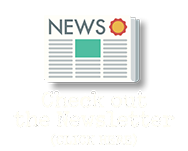 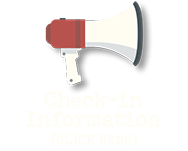